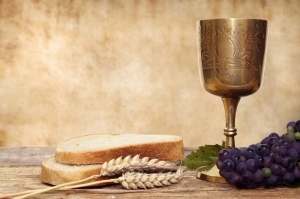 All my life I’ve heard one particular argument against weekly communion used over and over.  You may have heard it too.  It generally goes something like this:  “If we celebrate communion every week, it will become commonplace and lose its meaning.”

I believe I could make a strong biblical case for weekly communion, but that’s not my goal in this post.  I simply want to briefly consider this particular objection.

What makes it seem like such an odd argument to me is that those who use it only apply it to communion.  I’ve never heard anyone say that if we sing or preach or pray every week, then those actions will lose their meaning.  Shouldn’t the same logic apply?  I don’t mind if you want to make a biblical argument against weekly communion, but I just can’t see how this objection holds any water.

Recently I came across an excerpt from Charles Spurgeon’s writing indicating that he found weekly communion to be both biblical, and of immense spiritual value.  His testimony was the catalyst for this post:

Spurgeon long held and taught that the apostolic precedents all appeared to indicate that the celebration of the sacred supper should take place each Lord’s day, and, therefore, whether at home or abroad, he always attended the communion every Sabbath if it was possible and he often bore his willing witness that the frequent participation in the holy feast increased rather than diminished its value as a constant reminder of Him who said to His disciples, ‘This do in remembrance of me.’﻿ (HT Reformed Baptist Fellowship)

I would have to agree.  I can’t think of a single good reason not to remember Christ (Luke 22: 17-20) and proclaim his death (1 Corinthians 11:26) every week, which–based on those two passages–is the very purpose of celebrating communion.

23 thoughts on “An odd argument against weekly Communion”

Get the new Kindle Fire HD